Instructions for the Journey

Anna Dengel instructed her Medical Mission Sisters that on their journeys, wherever they lead: “The sufferings of the world should have an echo in your hearts.”

Anna’s own journey began nearly one hundred years ago when she travelled as a medical doctor to treat women in St Catherine’s hospital in Rawalpindi - then India, now Pakistan.  She urged her Sisters during her lifetime: “You have to respond to the needs of your time, as I have responded to the needs of mine.”

Inspired by Anna, as a Society today, we continue to journey with communities across the world.

Below you can read how in India, we are responding to the needs of those made poor in a myriad of ways.

In Madhya Pradesh, South India, we are helping to organise women’s groups and farmers’ cooperatives in order to promote sustainable agriculture and end hunger within communities left behind through underinvestment. Our activities are designed not only to increase employment prospects and boost economic growth in rural areas, but also to improve food security and nutrition - supporting people made poor as they regain their sense of worth and dignity. 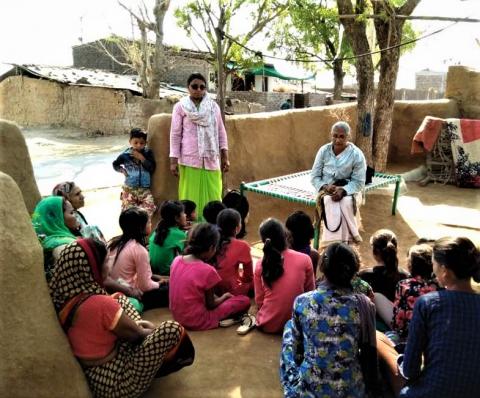 Meeting with villagers in Khandwa

North India: a fight for rights

Jharkhand, a tribal homeland in North India, has a multitude of resources for rapid economic development - massive mineral reserves of coal, iron, bauxite, mica - yet its peoples remain very poor. The wealth lies in the hands of a privileged few and the mining technologies are fast degrading the land and polluting the air and water.

To assist indigenous people to hold on to their property and land rights, one of the Medical Mission Sisters became involved with the Jharkhand Mine’s Area Coordination Committee. “For indigenous peoples all over the world, land is sacred,” she shares, as she joins them to advocate for their rights to be fully respected in this region. 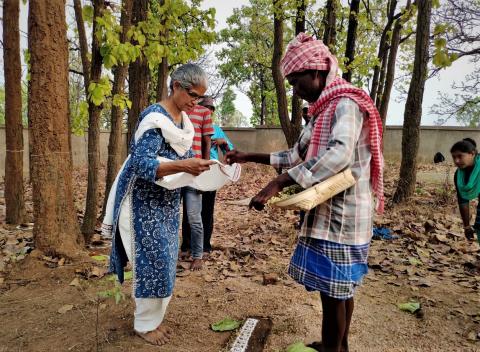 Accepting flowers with gratitude from the Headman of the Santals at the Sacred Grove, Kasiadih

Since the 1970s, in three dioceses in the beautiful Indian states of Assam, Meghalaya and Nagaland, our Sisters, some of whom are from the region’s indigenous peoples, reflect the Society’s vision: “To build one world, where the gifts of all people, all cultures, all creation, are affirmed and celebrated.”

In this rich mosaic of tradition and cultures, our healing mission weaves itself into everyday life as: health education and improved nutrition; training for village health workers; care for people living with HIV/ AIDS and tuberculosis; support for those in the grip of addiction and for prisoners; and the formation of groups designed to actively involve women in justice issues.

For over 44 years in the Garo Hills in Meghalaya, Sister Rose has been working with groups of poor and marginalised indigenous peoples, especially women. Among many significant achievements has been the establishment of the Mendipathar Multipurpose Cooperative Society in 1998. This was set up to serve farmers in poverty-stricken communities, receiving very small returns on their produce despite their hard work.  Through its five flourishing branches, the cooperative system has ushered a silent economic revolution in Garo Hills, transforming the lives of local people marketing rubber, black pepper, turmeric, corn, mucuna beans and other farm produce by giving them much more reasonable prices for their produce. Cutting out the need for the middle man and the money lender, the Society now gives yearly dividend of its profit to 265 members. 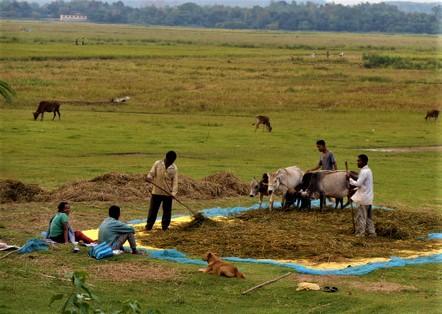 Life in the Garo Hills
Image 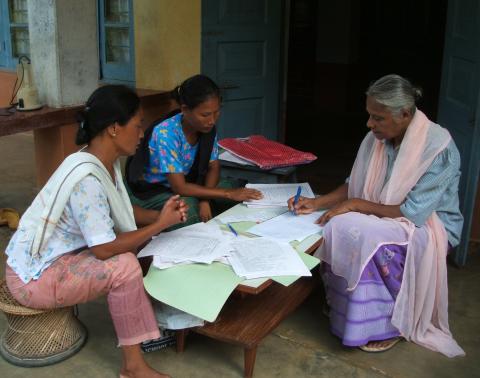 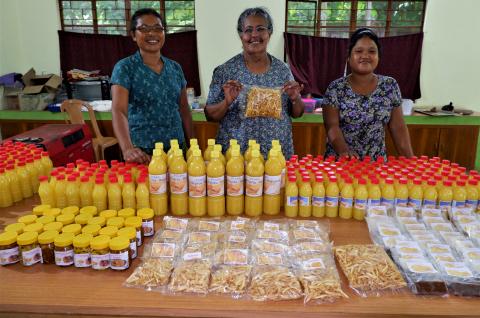 Sister Rose and cooperative members display products made from jackfruit

Learn more about how we are accompanying communities in other countries below. 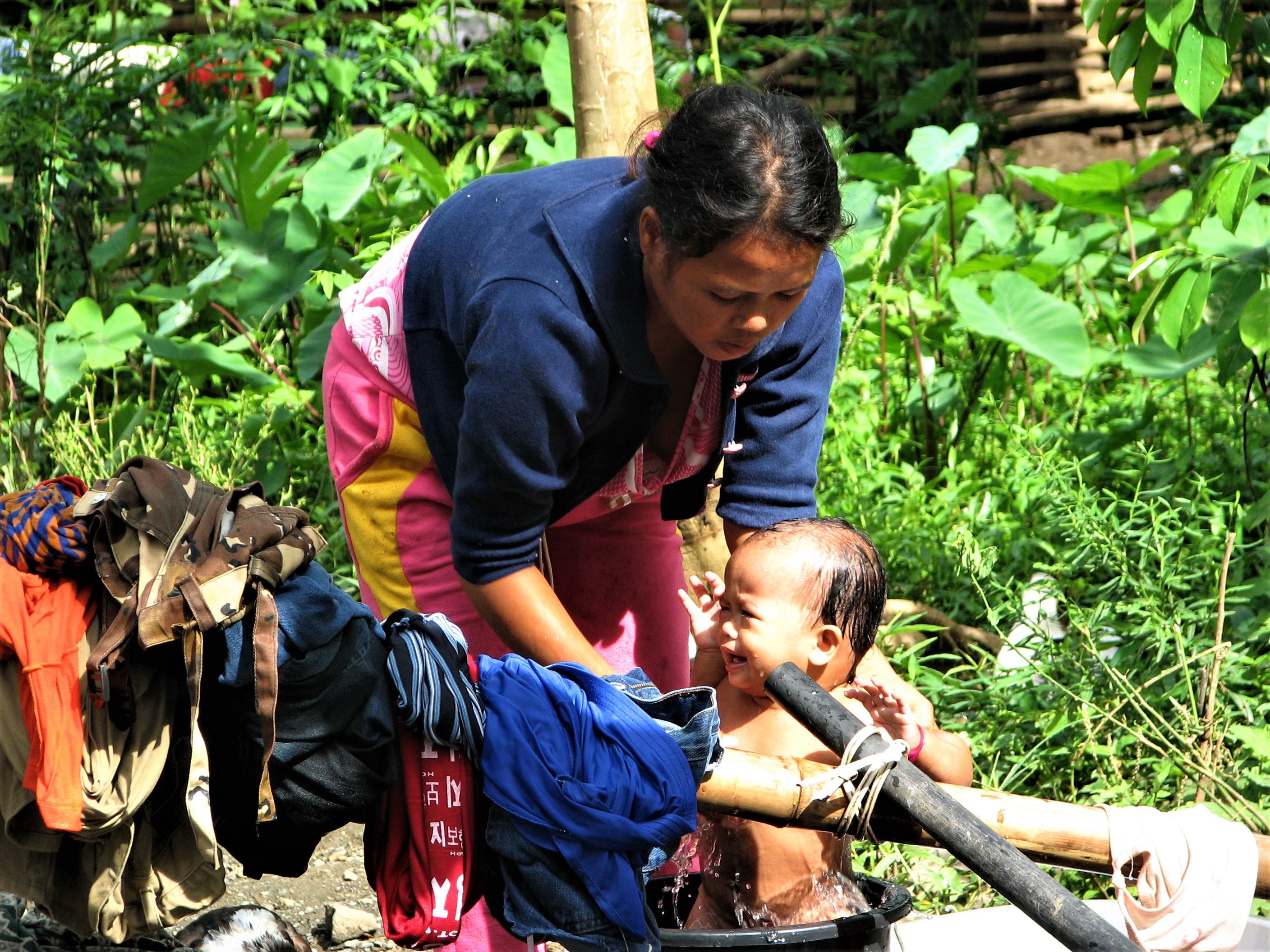 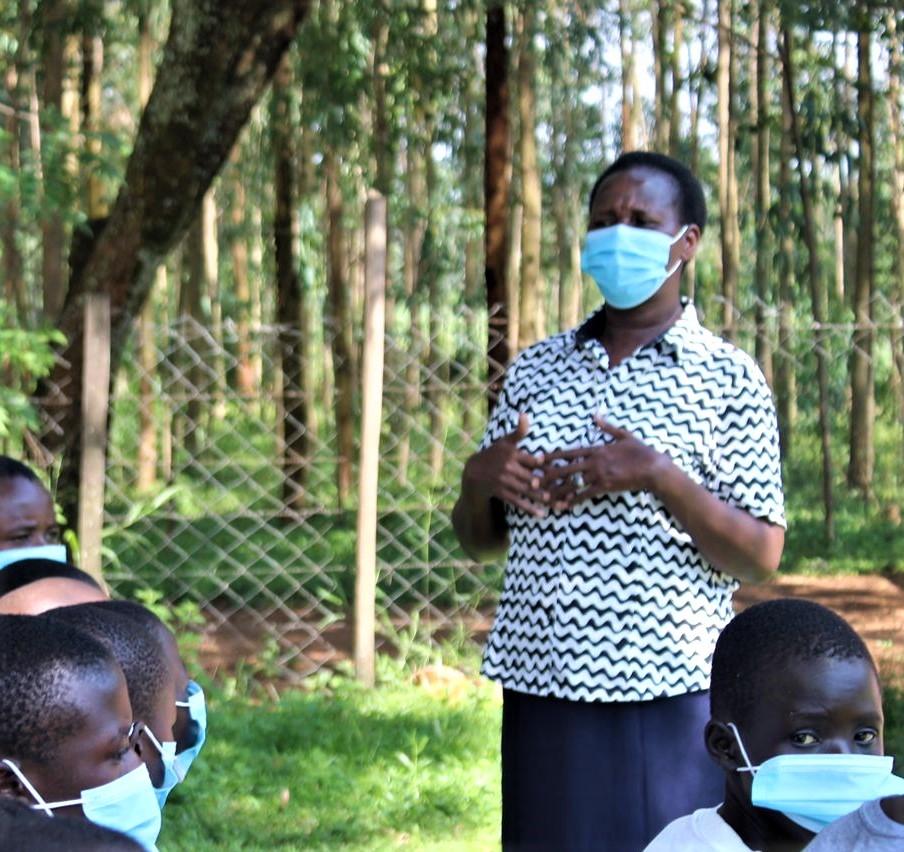 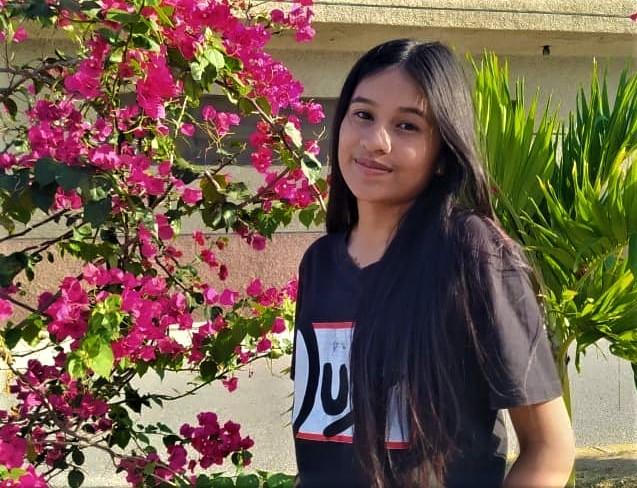 If You Love by Anna Dengel

You try to find out

Certainly if you love

You want to give

You really want to serve

And not just to work

One does not spare oneself

Tackling the Root Causes of Poverty Together

Alongside ventures such as these, we also increasingly tackle the root causes of poverty by influencing policy-making and giving marginalised people a voice.

In journeying with communities across the world, we join hands with them to transform the suffering of their most vulnerable members in ways our founder taught us.